Check my work
about
our-service
work

Swimwear on the Rocks // Remark Magazine

PHOSPHORESCENCE // The Ones 2 Watch

Mr. Blonde was named after a character (played by Michael Madsen) in the film Reservoir Dogs. He was a sadistic psychopath given the task of guarding L.A police officer Marvin Nash, whom he tortures by cutting off his ear. I always saw that as a metaphor for retouching. Hence the straight razor in the logo.

I was a photographer for over 10 years, trying to make it in the industry. Always had a great eye for retouching and relied on myself for doing my own postproduction. Sometimes I still do some good ol’ shooting, just for fun. “Spoken like a true psycho!”

My parents had a computer store back in the early nineties. So we always were ahead of things on the computer-market. By the end of 1992 at the age of 12, I discovered PhotoShop 2.5. The first version for Windows (it even had 16 bit per channel support!). So you could say I was a photoshop artist first and became a photographer later.

Once, I got a job that I wanted to be absolutely perfect, so I decided to outsource the postproduction to a real professional retoucher. He didn’t have much time and asked me who had done all of my other postproduction work. I told him it was me… and I ended up working for his studio for about 3 years.

Blood will tell! I returned to being a photographer for about 2 years. Until I got a phone call from who was then a renown fashion photographer in Belgium, asking me to be his steady retoucher.

So here I am… and there you are…

As a boutique retouching studio I’m more than happy to make some buzz around this new boutique model agency: The Agent 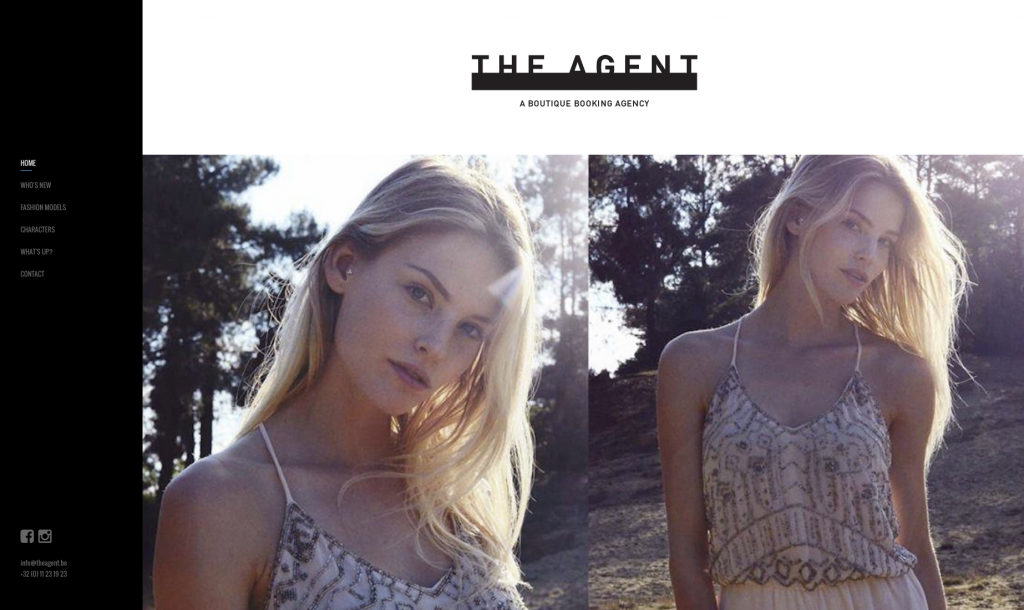